Agnes from NSW ASEN improvised a little song about capitalism, and we think it’s pretty great. Here’s ‘Mr Corporate in the Minor Key’! 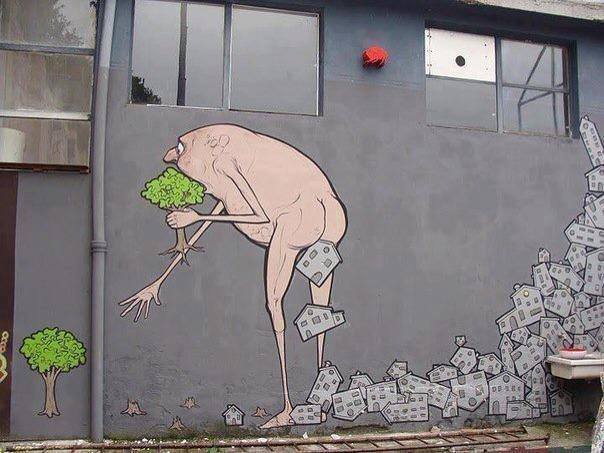 A big thanks to those who came along to the fantastic public meetings in Sydney and Wollongong last week: hearing from Northern Territory Traditional Owners speak out against the proposed nuclear waste dump at Muckaty.  The public meetings and protest of the World Nuclear Fuel Cycle Conference on Wednesday morning were fantastic!

You can check out information, campaign materials, films and more at: http://beyondnuclearinitiative.wordpress.com/

Below are two speeches from a public meeting at the Illawarra Aboriginal Cultural Centre on Dharwal country (Wollongong) on April 22, 2009.

A couple of weeks prior to the meeting, a shipment of spent fuel rods from the Lucas Heights nuclear reactor had been transported in the dead of night through Wollongong to be taken out of Port Kembla in New South Wales.

Dianne Stokes, Mark Lane and Mark Chungaloo (Traditional Owners of the proposed federal radioactive waste dump site at Muckaty in the Northern Territory ) were keen to meet with other communities affected by the Lucas Heights facility- if an NT dump is built then these fuel rods are eventually mooted to be dumped on their land.

Some of the news coverage of the protest:

Garrett urged to speak up on nuclear issues

Politicians, Aboriginal leaders and environment groups have joined forces to protest against an international conference on the nuclear industry, currently meeting in Sydney.

The coalition is also calling for an end to the Northern Territory radioactive waste dump proposal.

Greens Senator Scott Ludlum says the Labor Party has had a year and a half in Government, but still has not dealt with radioactive waste management issues.

He is calling on the Environment Minister Peter Garrett to consult on the issue.

“It’s been an incredible disappointment to me that Peter Garett as Environment Minister has completely gone missing on this issue, and the Prime Minister has given the running of radioactive waste on uranium mining issues to Martin Ferguson, the Industry Minister,” he said.

“We’re not hearing from the Environment Minister and that’s why the Greens and the community groups who are represented here today are stepping up to do his job for him.”

Dave Sweeney from the Australian Conservation Foundation says sustainable energy rather than nuclear power is the way forward.

“There are jobs, dollars, export growth and the ability for this country to be a platform for a sustainable energy future,” he said.

“Now we can be that, or we can cling to the coast and let our country become a quarry and the increasing pressure for material that goes out as ore to come back as waste to be perpetually stored here.

“That’s not a future we want to see.”

Noisy protesters are targeting a global nuclear conference in Sydney, saying they want attendees to know they are not welcome.

About 60 people from a group calling itself the Sydney Anti-Nuclear Coalition were on Wednesday demonstrating in front of the Elizabeth Street hotel playing host to the World Nuclear Fuel Cycle conference.

The coalition is mainly made up of environmental, student and trade union groups.

Police dragged several protesters away after they tried to get into the building and ordered the demonstrators to move on, but made no arrests.

The conference is a nuclear fuel industry event, held annually at different locations around the world.

Australian Conservation Foundation spokesman Dave Sweeney played down the scuffles and praised the group for braving the wet weather to turn out.

“It’s been a bright and bouncy protest. It’s had a bit of passion as it should, because there’s high stakes here,” he said.

“There are people here from Perth, from Melbourne and the Northern Territory and nationally there is a very deep concern about all things nuclear in Australia.”

Mr Sweeney said arguments that nuclear fuel was a green alternative to coal power were not acceptable.

“You can’t call an industry that creates a waste that’s a carcinogen for 250 million years clean or green,” he said.

“It (nuclear energy) is not going to ride over the hill as a white knight and save us, it’s not a solution to climate change.

“It’s expensive and linked to the worst weapons and the worst waste.”

Greens Senator Scott Ludlam said it was important for people to voice their concerns about nuclear energy.

“The nuclear industry needs to know that wherever they set foot in Australia, we’ll have a presence,” Mr Ludlam said.

“Sometimes it’s important to just confront them and let them know they’re not welcome here.”

Some people in the SEAN network have been talking about Sunday meet-ups and working bees at the SEAN space in Erskineville in Sydney and what they could be. What we envisioned was a set day every month (the second sunday) in which everyone interested can get together and see the community that we are a part of. The goings-on would consist of broadly three things:

1. Report backs- on what people have been doing, recent news and events, help they might need.

2. Discussions- on politics, our strategies, what we think about stuff, whatever we want to talk about. We wanted to develop a culture of discussion around radical ideas, as this has been very much lacking in the past. The theme for the next discussion is ‘Green Capitalism and Alternatives’ and the readings are available at http://climateactioncafe.wordpress.com/2008/12/05/20-theses-against-green-capitalism/ and http://www.stuffit.org/trapese/rocky-road-a5-web.pdf

3. Working- making use of the space, the phone, the internet, the shared energy, and getting some stuff done

Putting these thoughts to the network is how we wanted to share this idea, and invite everyone to come to this space and use it. We pay for the rent and the phone so that it is there for all, no matter how involved you are in SEAN.
We recognise that this is really only convenient for people living in Sydney, and there are heaps of SEAN activists living all over NSW and the ACT. So an idea was to organise a phone link up at a certain time on a sunday, to talk with people in other places. Also, we would love to hear ideas on how to better include regional campuses.
The next working bee is on the 10th of May.

We also wanted people to make use of the SEAN space on Fridays. There are usually people there from around 11-4pm. We thought this could be a fun, informal way of both practical work on projects, as well as building relationships and allowing the exchange of ideas between people from different campuses and collectives.

Go here for the directions etc to the space

The Australian Student Environment Network has today signed onto the International Declaration: ‘‘Biochar’, a new big threat to people, land, and ecosystems’ (below).

We are looking forward to being involved in supporting ongoing organising resistance to biochar, ‘offsets’, technofixes, and other unjust non-solutions to climate change.

END_OF_DOCUMENT_TOKEN_TO_BE_REPLACED

This letter was written in response to an e-mail arguing that we should not criticize the emergence of ‘green capitalism’ & that doing so was giving far too much weight too ‘politics and ideology’. Rather we should focus our activism on encouraging ‘swift global co-operation’ to solve the climate crisis.

It has been argued that climate change will be solved not by ‘politics’ but instead by ‘swift global co-operation’. It’s implied that this means prioritising big international climate summits like Poznan recently and Copenhagen next year and seeing them as decision-making forums of the utmost importance. Rather than struggling against them, we have to influence them.

To me this logic means ignoring huge class divisions: somehow attempting to foster ‘co-operation’ between us and the rich, privileged climate delegates who’ll be staying in Copenhagen’s exclusive hotels next December. In terms of the Australian representatives, it means trying to influence a bunch of people whose idea of ‘emergency state intervention’ is almost certainly a lot closer to the NT Intervention than to legislation that will drastically reduce emissions. It also ignores our own history of struggle: since when has the state granted us favors because we asked nicely.

Rather than relying on the state or on elite delegates it’s in co-operation between ‘us’-amongst social movements and oppressed people acting & self-organising from below- that hope lies.

When I’ve talked with some of the many wonderful environmental justice activists around the country it has previously always been very clear which side we were on. Against corporations who destroyed forests & set up poisonous mines on Aboriginal land. Creatively resisting environmental criminals at economic summits & organising strongly in solidarity against the police repression that often followed. Arguing passionately against Kevin Rudd & Labor as well, and their grand plans for non-existent ‘clean’ coal and for carbon trading mechanisms that will hurt the poor.

For a world that wasn’t only a continuation of this fucking rotten system, but one organised in a decentralised way & without hierarchies and leaders. This wasn’t just about creating new, directly democratic ways of living for a small number of activists – but was a practice essential to helping make a world that could be ecologically sustainable.

Is this all forgotten & is it just ‘politics and ideology’ now? I hope not.

When people write about green capitalism it isn’t something that’s completely abstract and removed from our lives. I saw a small example of it when I got my morning news from the Australian today: they have a shiny new ad putting forward the delights of ‘green business’: http://www.theaustralian.news.com.au/business/industrysectors/greenbusiness/

My personal favourite is the bit from the notorious polluters at the Australian Coal Association – apparently they’re ‘working to reduce CO2 emissions’. Good on them!

Green capitalism can already be seen much more sharply in the Global South. It works, for instance, through ‘Clean Development Mechanism’ projects, imposed as a requirement of the Kyoto Protocol. These have devastated local communities and have been met with resistance. A waste landfill site in the Clare Estate township in South Africa is a classic example. Extolled by the World Bank as ‘environmentally progressive’; due to the extraction of some methane (one of the most potent greenhouse gases), the site produces toxins that have caused leukemia, tumours and cancer.

Capital is part of the earth we live in, part of the air we breathe: of course a movement for climate justice should critique it.
– Tim.